It began by accident as many relationships often do, it was a cold spring night in April, I look back at it now with rose tinted fondness as I was not to know of the tragedy that was to unfold.

It was my friend’s fancy dress birthday party and I had decided to dress up as Doctor Who, the newest incarnation of The Doctor: bowtie, braces (or suspenders if you are american) and all. I brought the vast majority of the costume online bar the 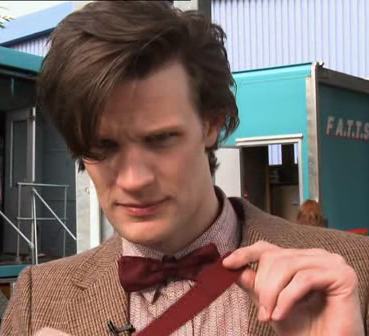 tweed jacket (that unashamedly I had owned for a few years previously). The night arrived and I unboxed the maroon braces with golden clasps and after a lengthy, swear filled period I successfully got them on. My first time wearing the braces began like many firsts do; painfully, with awkward moments and hoping no one sees the facial expressions as you struggle. However, after an hour had past and everyone had stopped twanging my braces like a slapstick comedy bra strap I truly began to enjoy them.

The night came to a close and I de-doctored and the braces were put away and eventually forgotten about like: odd socks, unwanted bills or Lindsay Lohan. I thought little of them after that night, thinking of them as a one-night stand, merely a piece of dress-up get-up. All of this changed about two weeks later, when the relationship truly blossomed.

I was already 20 minutes late to meet friends at a bar, my phone buzzing like a bee on steroids with disgruntled friends fuming at my lateness. The hold up was my belt, or rather its location, which was eluding me buried under a thick blanket of lecture

notes, dirty clothes and week old newspapers that would have required an archaeologist to excavate. Without some sort of trouser support system, embarrassment would undoubedtly rear (pun intended) its ugly head especially since it was laundry day and my “last resort” lime-green boxers were being worn. Then suddenly it hit me, the braces, slightly cautious as to what my friends might make of my lumberjack accessory I hid them under a jumper. That night was one of the most comfortable nights of my life, without the constant pinching of a belt and with the security that my trousers would never end up around my ankles while the braces were in town, it was bliss. So the braces slid into daily wear always hidden like Superman’s costume under the suit of Clark Kent. This was until I was caught re-arranging my straps one night, soon the pointing and questions hailed down like judgemental rain and I had not brought an excuse umbrella. Stuttering like a kicked dictionary I tried to explain the social faux pas I had committed by wearing them, however, after explaining that it wasn’t a man bra and how the braces were a supportive god send my friends accepted them and a few (who will remain nameless out of fear of being revealed) began to wear them too.

All loves have an ending and after many months of joy and trouser support the relationship came to a end, the breakup came in the most literal sense. It all occurred a few days ago whilst out in a pub, I had gone to get some more drinks and upon noticing my shoes were untied I bent over to remedy the problem, then it happened. It was all done in slow motion, the sound of elastic snapping echoing around the crowded pub, the broken braces going limp and my heart like my trousers dropped.

I will buy another pair but nothing is as special as your first love, however, I took this from the heartbreak (and embarrassment from having my trousers fall down in a crowded place)…….

77 thoughts on “My Accidental Love of Braces (the trouser variety)”