The first time I threw my name into the ballot for the London Marathon it was a complete whim. I wasn’t running back then at all and truth be told I probably had no real intention of running it.

In between entering the ballot and getting my spot I had gone through a hellish few months but crucially that had actually started me running. I’m still not sure how I got so lucky but that place in 2016 is what started this blog and in turn my love of running and the community around it. 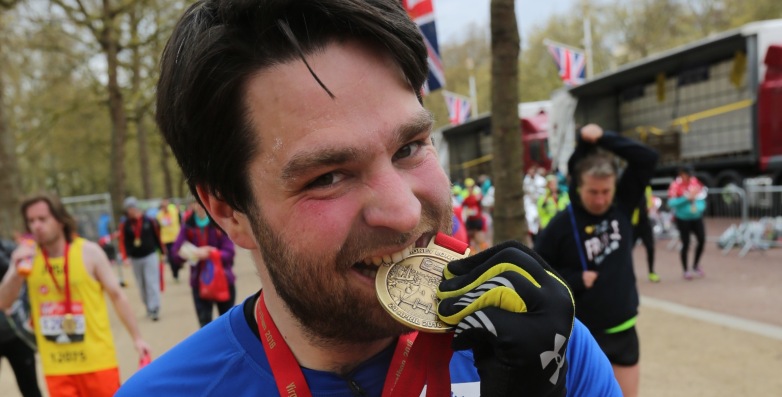 It was my first ever marathon, so London will always have a very special place in my heart but there is another race I’ve always had my eyes on: The New York City Marathon.

Since that London Marathon I’ve run 13 more marathons around the world, including two other Marathon Majors (Chicago and Berlin), but the very top of my marathon bucket list has always been New York. The thought of running the biggest marathon in the world in the most iconic city in the world is spine-tingling. Throw in the fact that I’ve never been to New York and you’ve got a truly seductive race. I’ve applied for a ballot spot twice but with no luck, unsurprising when you consider that there is only a 16% chance of getting in via the ballot.

I’d been talking with a travel company that specialises in package trips to races for a long time about possibly doing a link up and when they mentioned New York my heart skipped a beat or twelve. I honestly couldn’t believe I was being offered such an incredible opportunity, I just had to say yes.

So I have teamed up with 2:09 Events to run the New York City Marathon THIS YEAR!!

I do want to stress, just because we are teaming up it does not mean that it will be a bias telling of my experiences. Your best interests will always come first on this blog so it will be an honest review. I looked at using these sorts of companies myself so I want anyone who is debating using them to see my review and be informed not influenced.

I’ve been chatting with a few other bloggers about this subject as I don’t want any of you to feel that I am misleading you. I feel incredibly fortunate to get this opportunity but it isn’t the reason I got into blogging (you can read about that on my about page) so my posts will not be swayed by my desire to get more opportunities like this. Complete honesty is something I aspire to on this platform so if you do have any questions about this link up please do message me.

Why use a Travel Company?

Using a travel company is something I didn’t know existed when I started my running adventures around the world. I remember visiting their stand at the London Marathon Expo last year and seeing that not only could you run the overseas Majors (Berlin, Boston, Tokyo, Chicago and New York) without having to roll the dice with the ballot but they’d do all the planning for you.

It isn’t the cheapest way to run a Major but it certainly is the easiest. The idea of having someone tie up everything about a marathon weekend, including flights and hotels, is incredibly appealing, especially for someone as scatty minded as I can be. A lot of their packages also include other activities, tours around the city, help with the expo and travel to the race start too.

For Chicago and Berlin last year I traveled solo and did all the planning myself. For Chicago, I was traveling on a very tight budget but still wanted to be there for a week. I stayed pretty far out in an amazing and super cheap Airbnb loft which I loved and stuck to a tight budget. Berlin was very different because I was literally flying in, running and then flying out in the space of two days. Using a travel company would have been a great idea which would have avoided a lot of the hassle I ended up having to deal with. Plus, I’m sure they would have helped out when my flight got canceled and I ended up getting stuck in Berlin for an extra night!

So a bit of backstory to 2:09 and why I was so excited to work with them: The company was started by Mike Gratton, 1983 London Marathon winner, the 2:09 in the name refers to his winning time from that race. In its various forms 2:09 has been an international travel partner (ITP) for the New York City Marathon for over 25 years and generally takes between 300-400 to the marathon each year. It is an ITP for all the other non-UK Marathon Majors too. They also do a lot of other insanely spectacular marathons around the world, including races like Bhutan’s Thunder Dragon Marathon and Burma’s Temple Run. They also put on about 10 races per year in the UK, so I’m definitely in good hands!

I am beyond excited to land in New York in November and tell you all about it but I just have the small matter of two other marathons to complete first!

-to learn more about 2:09 head over to their site-