I get that warm fuzzy feeling of nostalgia when it comes to the Brooks Glycerin. It is a well earned love that goes all the way back to the very start of my running life.

When I first started running back in late 2015 I ran in a pair of old trainers. They lasted me through the first few months of running but during my first ever half marathon they simply fell apart; ripped apart like my feet were burrowing to freedom from all sides. It was after that awful race that I found out I would be running the London Marathon. I knew I needed a decent pair of shoes, not the Swiss cheese masquerading as trainers I was currently lacing up. After one quick trip to Up and Running in Cheltenham, I left with a pair of Brooks Glycerin 13s and in doing so began my love affair with Brooks as a brand and the Glycerin shoe. I kept hold of these shoes way beyond their useable lifespan and held a mini-funeral for them when it was finally time to stop running in them. 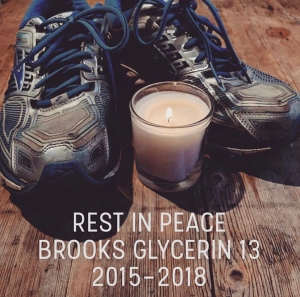 Nostalgia is a powerful thing when it comes to items such as shoes. That bittersweet yearning for the past can warp your view on what is in front of you by overly-romanticising the past. I loved the Glycerin 13s so all future iterations that have come since have been measure against an unfair benchmark. The 14s and 15s fell well below that high bar set by its older sibling, so much so that I actually never tried the 16s. By then I had moved over to the Brooks Levitate; a racier shoe. The 17s were a good all rounder shoe but they lacked the plush cushioned feel that I loved the 13s for.

Wind forward five years, many marathons and five iterations of the Glycerin and my working relationship with Brooks meant I was lucky enough to be sent a pair of the latest iteration. I was apprehensive of getting my hopes up only to be let down once more…

As soon as I opened the box and saw that these shoes had almost an identical blue to my first ever pair, nostalgia flooded back like a dam had been burst upstream.

That feeling didn’t dissipate when I slipped the shoe on either. The cushioning in this latest iteration is plush to the max once more. In the past few models it had been getting stiffer and stiffer, going against it’s own label of most cushioned shoe in the Brooks line up, but they have increased the amount of their DNA Loft cushioning from previous models and it shows. The whole shoe has that comforting soft and plush feel with their ortholite sock liner and an incredibly thick and cosy tongue and ankle support. The whole upper is also a much thicker material than I have been used to; shunning the trend for that more minimal, almost see-through, uppers that most shoes are embracing.

However, all that luxurious feel usually comes at a detriment to speed. While I love the Glycerin I have never set a personal best while wearing them in any distance since 2016 despite running in them for many races in the past four years. And yet, in my third run in these shoes I set my fastest ever mile, at the end of a six mile training run. Seems as though these pillows can also set the pace.

Running in these shoes so far feels effortless and faster than expected so I am excited to see how they perform in future runs and I will report back after 150 miles with a full review on them but right now it seems like nostalgia is back in style once more…. 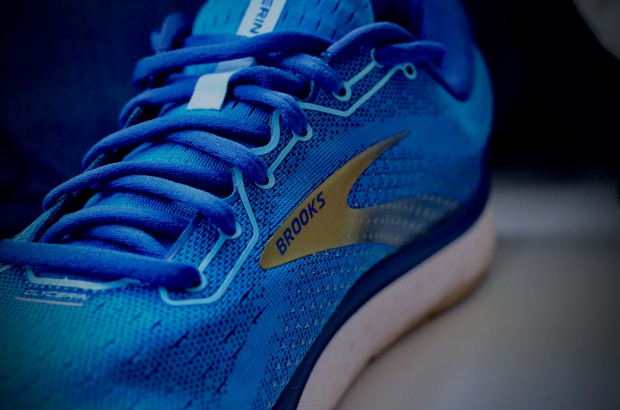 4 thoughts on “Glycerin 18: Nostalgia in a Name”