My name is James Dunn and over 10 years ago, on my 20th birthday, I made a drunken promise to myself and gathered friends. Between my slurred words and stumbled steps I announced:

When the hangover faded I thought more about this ridiculous resolution; I was a university student, over-weight and under-motivated and yet I loved the idea of challenging my doubt. Yet for the next five or so years I ignored the idea of it, barely laced up a running shoe and only ran to get the tube on time.

On my 25th birthday the run up had been cut in half. Now I couldn’t ignore it any more, I needed to get fit. Yet my lacklustre approach once again won the day; entering the odd 10km ‘run’ here and there but letting the burgers, beer and ballooning belly fill the intervening time between them.

All that changed when 2015 came swinging in.

This was me in 2015. I had lost friends and family and had the partner I was about to start building a life together with, break my heart. I felt lost and the depression that had blanketed me for my adult life swallowed me whole.

Overweight, under motivated and lonely I no longer liked the man who looked back at me in the mirror. It seemed inescapable and unending until late one night in August I simply got up from the sofa that had become my comfort blanket, laced up a beaten pair of old trainers and went for a run. I still don’t know what drove my to rise from my stupor but out the door I went. It wasn’t fast, it certainly wasn’t far but I felt the ember of hope spark up within. It’s not melodramatic to say that this simple one kilometre run saved my life. I was on my road to change and in that instant I became a runner.

I entered the London Marathon ballot earlier in 2015 but thought nothing of it, chances of winning a coveted spot slim at best. It wasn’t until the October when I completed my first ever Half Marathon that the idea of running a marathon became a reality. I came back from that race, beaten by it thanks to the lack of training and respect for the distance. Thats when I found my acceptance magazine for the London Marathon. I started this blog in 2010, to document my life after university, but it wasn’t until that day that I truly found a purpose for it. It was then that The Morning Coffee Run was born.

Since then it’s charted my training from running novice to a Marathon des Sables finisher and 20+-time marathon runner. In doing so it has become more than just a blog, it has become a community. Through Facebook and Instagram it has evolved into a place for fellow runners to pick up tips, share their own and ultimately inspire one another to keep plodding along with the miles. Welcome.

Marathons Come Down to Moments

It’s OK to be Breakable

I am a Marathoner 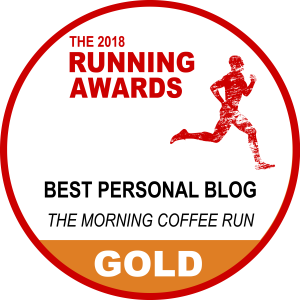